Beethoven's final three years were concentrated on the string quartet, a medium in which he had not composed since 1810. The five late quartets (Opp. 127, 130, 131, 132, and 135) complete a cycle of sixteen as integral to the quartet literature as the nine symphonies, five piano concerti, and thirty-two piano sonatas are to their respective genres. Following the Opus 18 quartets, betraying a young composer still under the spell of Haydn and Mozart; and the defiant middle period quartets (Opp. 59, 74, and 95), characteristic of the composer's "heroic" style; the late quartets are transcendent, forward-looking works, which have continued to fascinate, challenge, and inspire composers two centuries hence. After hearing Beethoven's Opus 131, his immediate heir-apparent, Franz Schubert, wondered, "what is left for us to write?" For Igor Stravinsky, Beethoven's Große Fuge remained, in the twentieth century, "an absolutely contemporary piece of music that will be contemporary forever."

The mystical late quartets of Beethoven provide the point of departure for Anna Clyne's string quartet Breathing Statues. Clyne's quartet begins by quoting the enigmatic finale of Beethoven's last major work, the String Quartet in F Major, op. 135; Beethoven's manuscript is inscribed with the title "Der schwer gefaßte Entschluß"—The resolution reached with difficulty. Accompanying the movement's mysterious opening three-note melody are the words "Muß es sein?"—Must it be? The answer is provided by the inversion of this figure, which begins the finale's Allegro proper: "Es muß sein!"—It must be!

This dyad of three-note motifs, referenced at the outset of Breathing Statues, provides the foundation for Clyne's quartet. Also invoked are Beethoven's Quartet in B-flat Major, op. 130, and that work's original finale, the majestic Große Fuge, later published separately as the composer's Opus 133. Clyne writes, "The concept for Breathing Statues came from a poignant moment in the Große Fuge where the music stops and, in between moments of silence, breathes as it shifts from a root position E-flat major chord to a first inversion C major chord."

Similar pregnant silences halt the introspective meditation on "Der schwer gefaßte Entschluß" that begins Breathing Statues. This opening section gradually morphs into a strange echo of Beethoven before giving flight to music of "suppressed intensity" (per the composer's expressive marking), based on the Cavatina from Beethoven's Opus 130. Pulsing chords, played sul tasto by the lower strings, accompany the first violin melody, which Clyne marks "oppressed, stuttered breath," echoing Beethoven's own marking (Beklemmt). This music soon blossoms into a fanciful cantabile. After descending to a tentative pianissimo, the quartet grandly summons the Große Fuge.

Breathing Statues proceeds to integrate further fragments of Beethoven's Opuses 130, 133, and 135. Clyne inventively transfigures these musical ideas—indeed, in truly Beethovenian fashion—in pursuit of a broad expressive canvas, from (per the composer's instructions) "tender" to "explosive." Amid driving, fortississimo music redolent of the Opus 135 finale's most dramatic moment, the previous evocation of the Cavatina recurs: inverted, with the pulsing chords set above cantabile melody in the cello, soon thereafter joined by the viola. The quartet's furious climax subsides to a final episode of "suppressed intensity," with the cantabile line now set in the second violin, guiding the work to its final pianississimo exhalation.

Alongside Beethoven, Rainer Maria Rilke likewise haunts Clyne's quartet. The composer writes, "The concept of breath—of the music and musicians breathing—sometimes together and sometimes apart, reminded me of Rilke's poem On Music, from which Breathing Statues derives its title."

On Music
Music: the breathing of statues. Perhaps:
the silence of paintings. Language where
language ends. Time
that stands head-up in the direction
of hearts that wear out.

Feeling...for whom? Place where feeling is
transformed...into what? Into a countryside we can hear.
Music: you stranger. You feeling space, growing
away from us. The deepest thing in us, that
rising above us, forces its way out...
a holy goodbye:
when the innermost point in us stands
outside, as amazing space, as the other
side of the air:
pure,
immense,
not for us to live in now.
—Rainer Maria Rilke 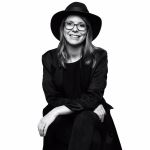